Impingement is one of the most common causes of pain in the adult shoulder. It results from pressure on the rotator cuff from part of the shoulder blade (scapula) as the arm is lifted. Except in a throwing athlete, impingement syndrome is a disease of a middle age. Most often patient do not relate a history of a specific injury, but instead complain of an insidious onset of pain with overhead activities. 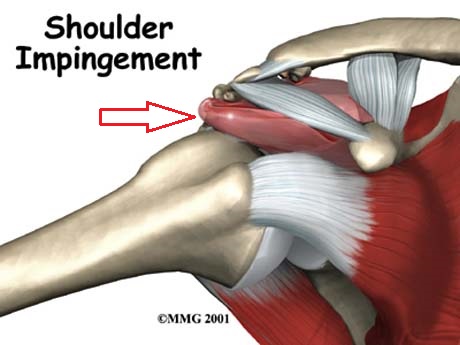 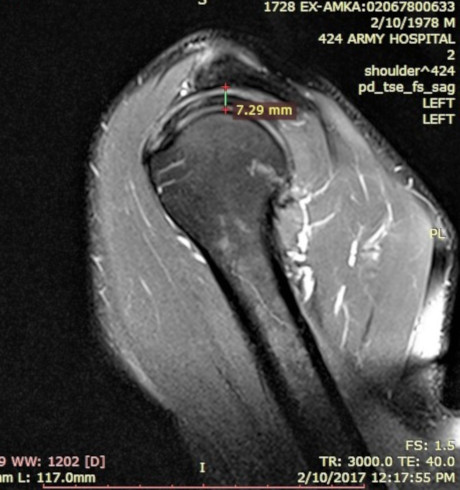 The gap between the acromion (upper limit) and the femoral head should be greater than 7 mm in order to avoid the occurrence of subacromial impingement syndrome.

Patient with impingement typically presents with pain, difficulty with overhead activities, stiffness, and weakness. Night pain, particularly when rolling onto the affected side is commonly found in patients with rotator cuff disease. From the functional standpoint patients often report having difficulty with those activities that require reaching overhead or behind the back. Women for example often describe an inability to fasten their brasserie. Local or referred pain, usually to the deltoid insertion or to the lateral side of the upper arm, is common.

The diagnosis of impingement syndrome is based primarily on a careful history and physical examination.

X-RAYS can often be helpful. Calcification or bony changes may be seen as evidence of chronic impingement. Thus radiographs may show anatomic variants, sclerotic changes, spurring on the undersurface of the acromion. 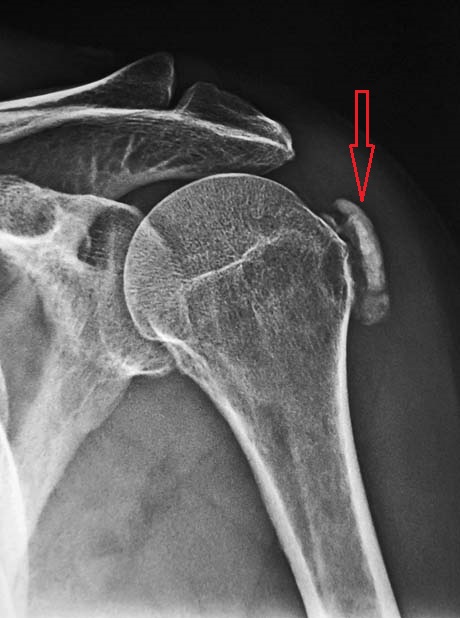 Calcific tendinitis of the right shoulder in a woman 26 years old. The patient reports intense pain symptomatology reason for the accumulation of calcium  in the tendon of the supraspinatus

Ultrasound is the modality for investigating changes in the rotator cuff and subacromial bursa. Additionally, can define the contour of the humeral head and structural changes in the deltoid muscle. 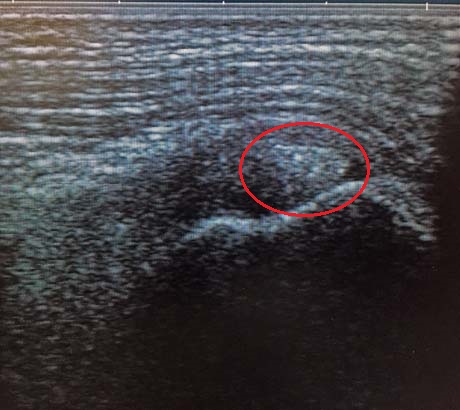 Ultrasonography of the shoulder: Calcific tendonitis (red circle) is a common cause of severe pain in shoulder MRI is the modality of choice especially if a soft tissue lesion is presumed but cannot be demonstrated with other techniques. 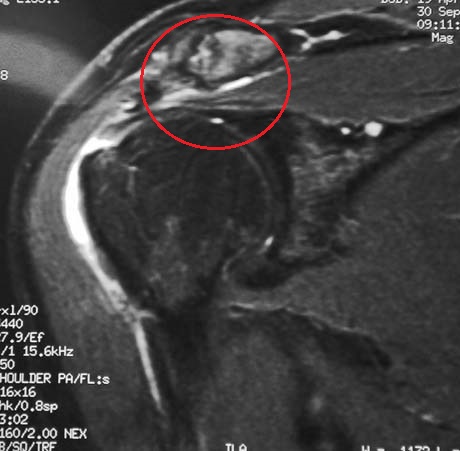 MRI:  the arrows shows the inflammation of the subacromial bursa and the traumatic condition of the tendons. The spur from undersurface of the acromion is the cause of the disease. 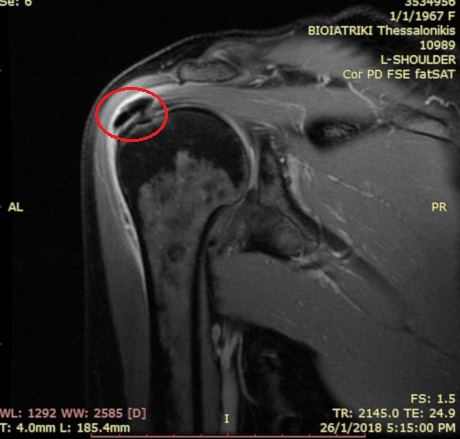 Calcific tendinitis in supraspinatus tendon produce subacromial impingement syndrome, pain during anatomical movement of the arm and during sleeping Shoulder arthroscopy. A large osteophyte which protrudes from the lower surface of the clavicle and which injures the supraspinatus tendon, creating a subacromial impingment syndrome 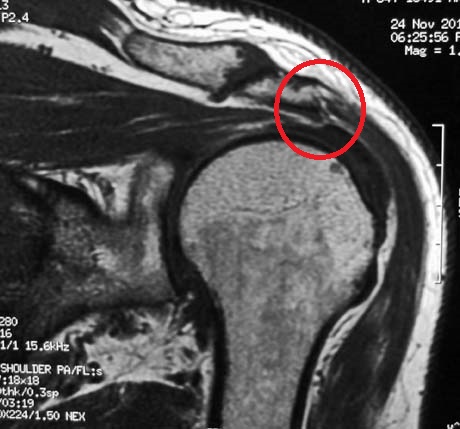 MRI:  the inflammation of the subacromial bursa and the traumatic condition of the tendons due to spur from undersurface of the acromion (red circle).