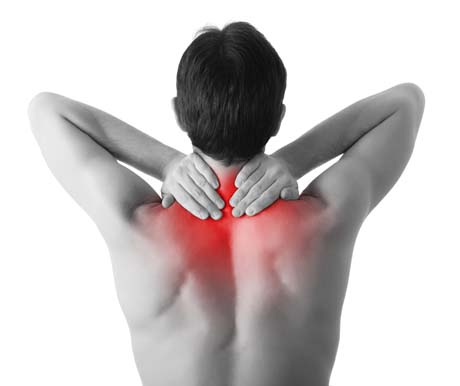 The neck is the part of the body which connects the shank to the head. The cervical spine consists of seven vertebrae and is the most mobile part of it. Strong muscular and ligamentous structures adhere to the vertebrae creating a strong anatomical structure such that it can meet the extremely high demands of the region during the life of man. 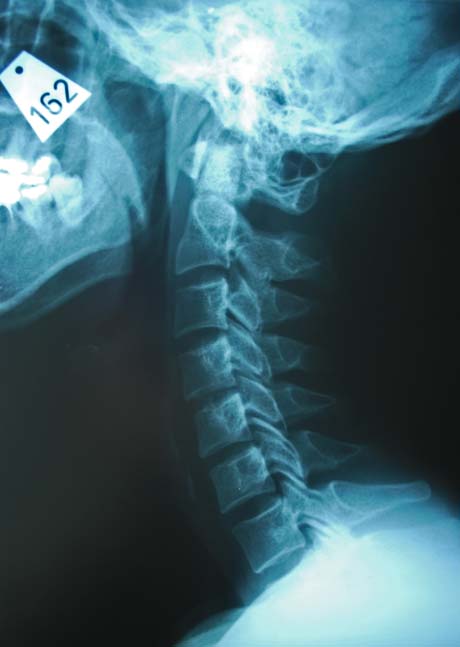 The neck pain is not a disease but a clinical entity that actually describes the symptom that is the pain of neck and should be done the necessary investigation to ascertain the causes of pain.

Also the term cervical syndrome describes a range of clinical conditions that concern the patient but without this term to indicate the reasons for the problem.
For the effective therapeutic approach the Orthopaedist should primarily been clearly diagnosed the cause of a problem. Without the precise identification of the problem will not be effective and the patient's treatment. 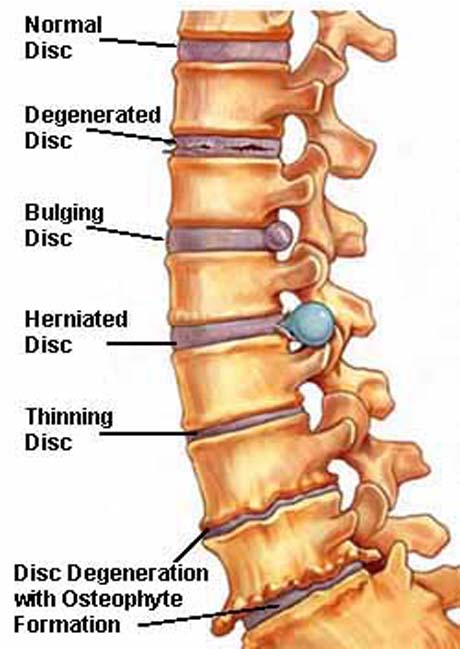 Muscle causes are the most common cause of pain in the neck in his youth. The long preoccupation with the computer and often in the wrong posture of the head and neck are the main cause of growth of muscle spasms in the neck muscles (trapezius muscles, short paraspinal muscles, etc.) and indirectly cause straightening of the cervical spine, loss ie the normal position of the neck lordosis. The result thereof is the pain challenge most often chronic nature.
In muscle causes included the muscle torticollis, clinical entity in which predilection spasm of muscle groups (sternocleidomastoid muscle), from only one side of the neck without the patient may turn the head because of the intense pain. This condition is benign and transient, and with proper treatment subsides in the next 7-10 days. 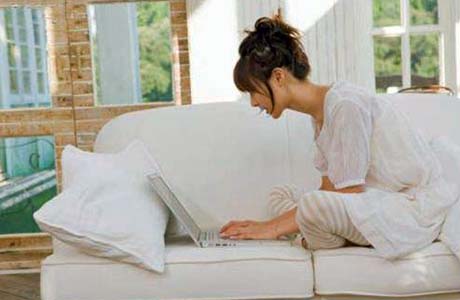 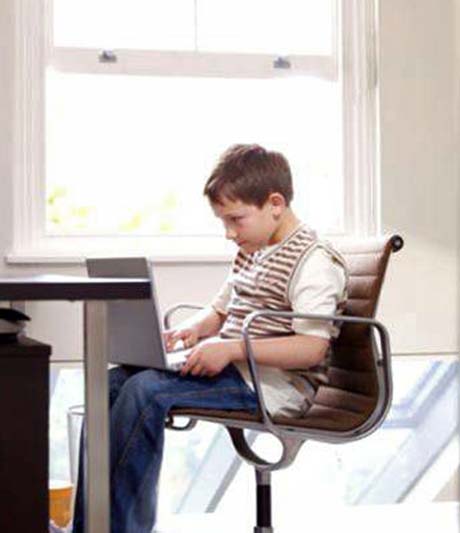 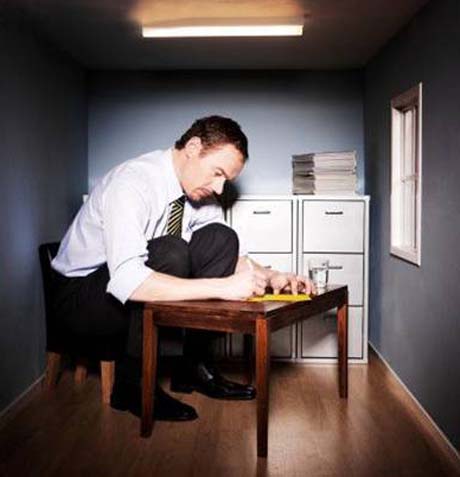 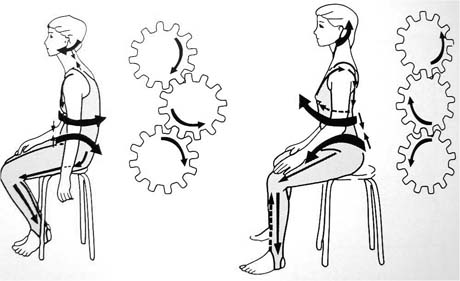 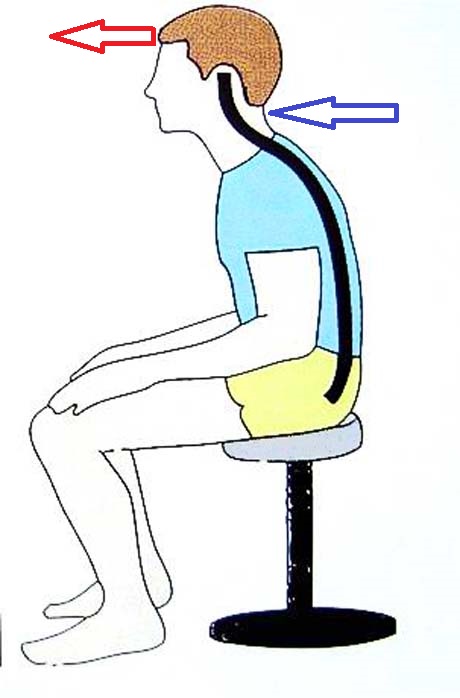 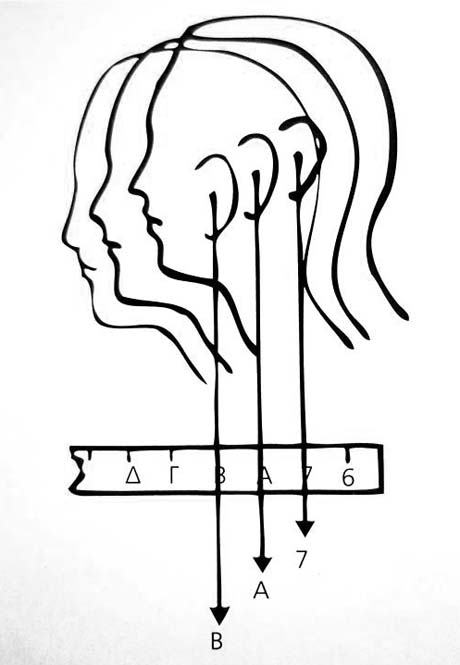 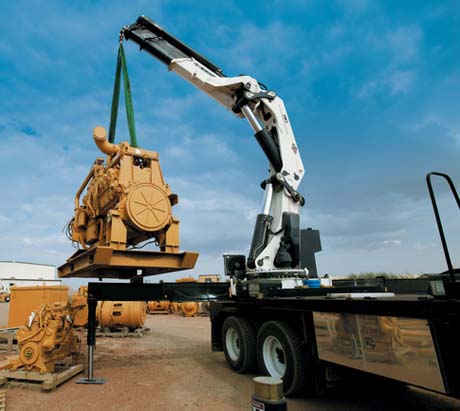 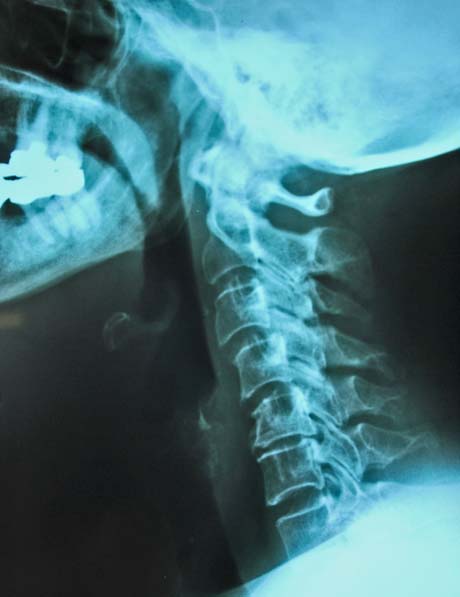 Straightening of neck vertebrae due to chronic muscle spasm 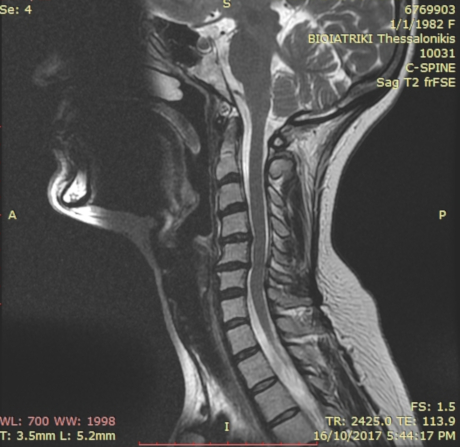 CAUSES DUE TO THE VERTEBRAE AND INTERVERTEBRAL DISCS

The causes related to the intervertebral discs occur in all age groups with a growing trend at older ages. As in the lumbar and cervical so between the vertebrae are intervertebral discs which act as shock absorption system of the spine and of increased overall mobility protect the noble structures such as the spinal cord and nerve strains that emerge from this .

The herniated intervertebral disc in the neck usually created

After age 40 the intervertebral disc gradually loses height resulting in the interval between the adjacent vertebrae but decreases creating thereby stress the joints between the vertebrae and growth conditions osteophytes and spondylitis which is another cause of neck pain. 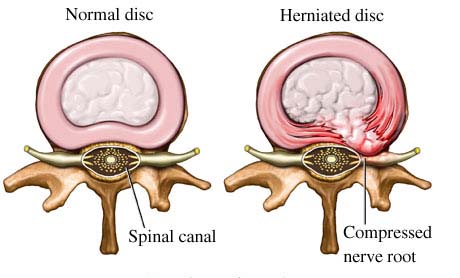 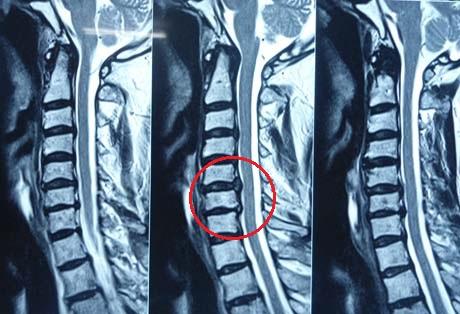 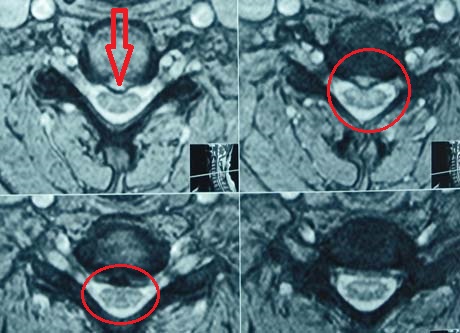 The symptoms that the patient is may be mild and well tolerated and as audible and intolerably. It can last from a few days to several weeks and months. Local may occur in the neck or to reflect on the shoulder, the shoulder or upper limb. The patient may report pain during limited anatomical movements, rest pain or even pain during night which does not allow him to sleep.Also the appearance of numbness or tingling sensation on the shoulder or hand complements the clinical symptomatology of the patient. The headache is finally another clinical entity that may be due to problems in the neck.

The clinical examination made by the Orthopaedic surgeon will record

The radiological examination (X-ray), of the neck will give information on Orthopaedic surgeon regarding the state of bone structures - vertebrae and their relations with their -stenosis intervertebral discs. Also evaluated and the physiological lordosis of the cervical spine or the existence of straightening it. 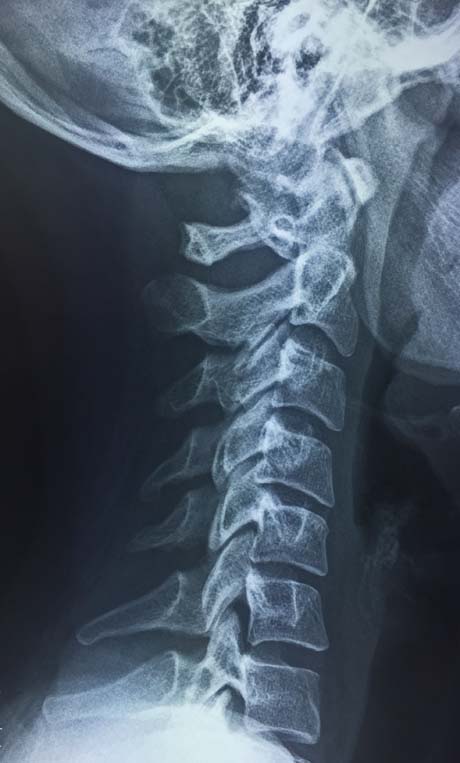 X-ray of the neck: Straightening of the cervical spine. 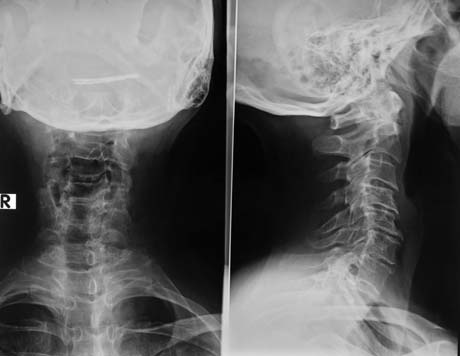 CT (with 3D reconstruction) and MRI are modern diagnostic methods which give highly detailed anatomical information to the physician to investigate the cause of the problem. 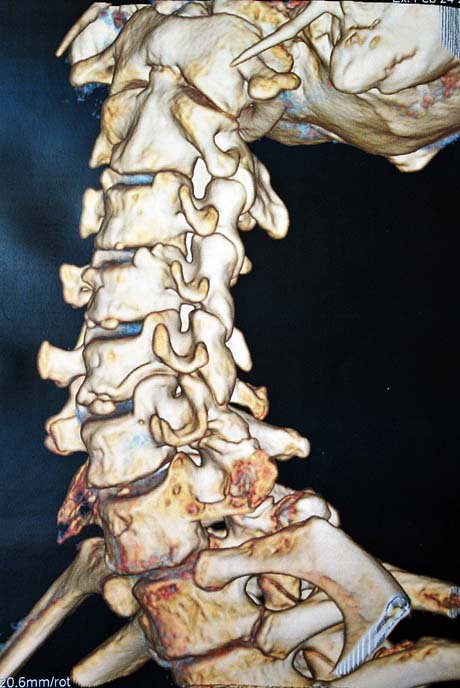 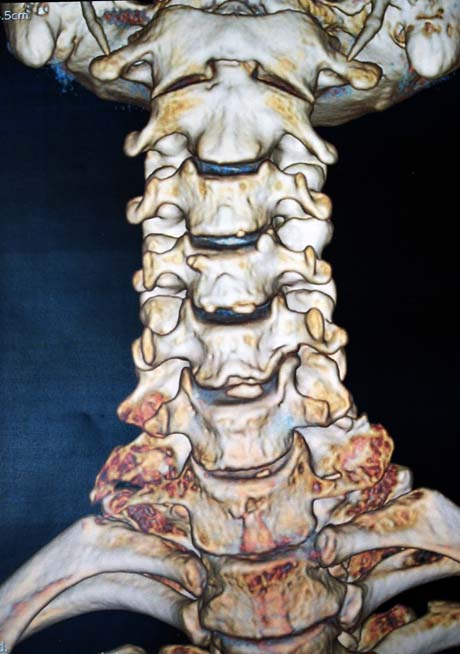 Computed tomography with three-dimensional reconstruction provides excellent information on the structure of the spine in place. 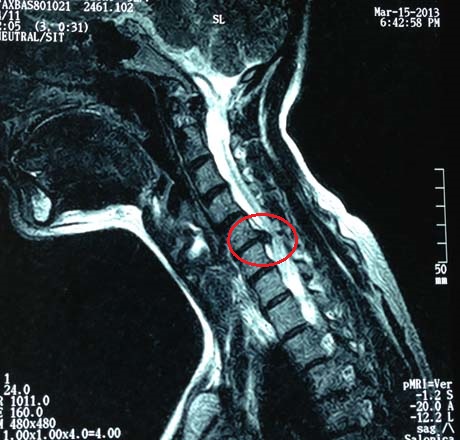 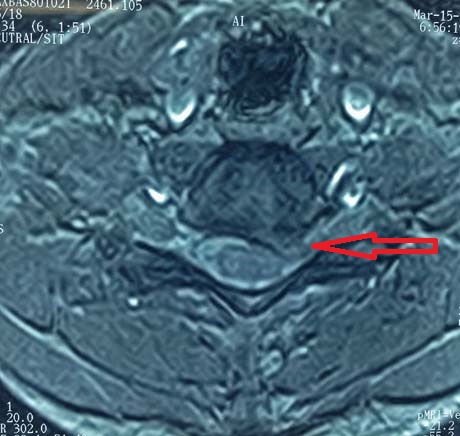 Electromyography of the upper limb is the sometimes an indispensable diagnostic tool for assessing the condition of the nerves and the investigation of the cause of pain. The examination is conducted by qualified neurologist.